His name is transliterated in Latin as Thanatus, but his equivalent in Roman mythology is Mors or Letum. Mors is sometimes erroneously identified with Orcus, whose Greek equivalent was Horkos, God of the Oath.[citation needed]" - (en.wikipedia.org 30.01.2020) 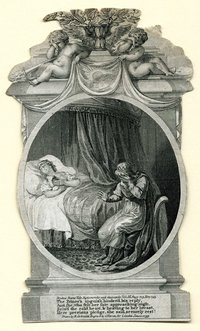