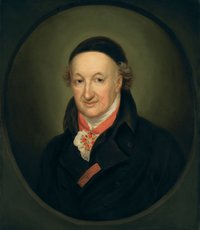 "Christoph Martin Wieland (German: [ˈviːlant]; 5 September 1733 – 20 January 1813) was a German poet and writer. He is best-remembered for having written the first Bildungsroman (Geschichte des Agathon), as well as the epic Oberon, which formed the basis for Carl Maria von Weber´s opera of the same name. His thought was representative of the cosmopolitanism of the German Enlightenment, exemplified in his remark: "Only a true cosmopolitan can be a good citizen."" - (en.wikipedia.org 29.10.2019) 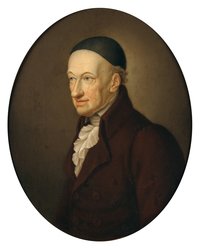